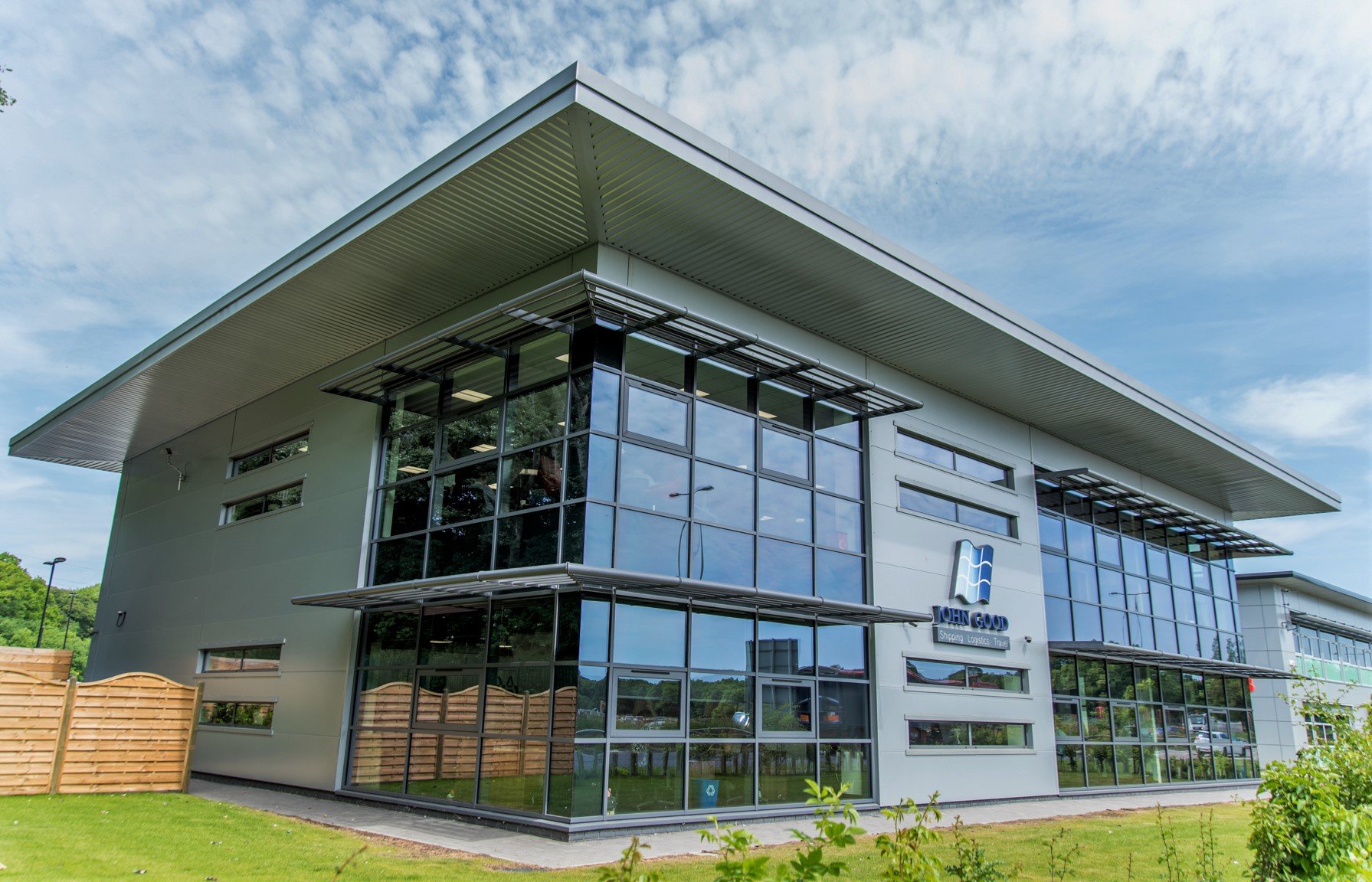 The John Good Group is delighted to announce that our head office, based at Bridgehead Business Park in Hessle, has won the 2015 North and East Yorkshire Building Excellence Awards for Best Large Commercial Building.
Matthew Good House wins Best Large Commercial Building 2015
The office was awarded the accolade on 22nd June against a number of other buildings throughout the region.

Matthew Good House, which has been occupied since mid-December last year, is a state-of-the-art modern facility that has been designed to cater for both commercial use and employee amenities. The company ensured that a consultation with employees took place and that their opinions were heard.

Managing Director, Alan Platt, said: “This is a great accolade for Matthew Good House. When the initial footings of the project were first put in place, we couldn’t have wished for a better outcome.

“The staff project team also deserve huge recognition for the effort they put in to deciding each facet of the building, and ensuring an employee’s perspective was heard.

“The overall result is fantastic and for all of the ideas to come to fruition, and see the building win this award, is testament to everyone involved.”

The office is home to the John Good Group including businesses, John Good Shipping, Good Travel Management and DAN Shipping and firmly puts the company within the 21st century. The Group is currently rolling out a modernisation programme of other existing sites, including the relocation of its London and Manchester offices.

The building was constructed by Hall Construction Group with the fit out completed by ARK Interiors and Officio Furniture –all Hull based companies, a conscious decision made by all involved.

Bridgehead Business Park, developed by Wykeland Group, is one of the North’s most sustainable business parks.