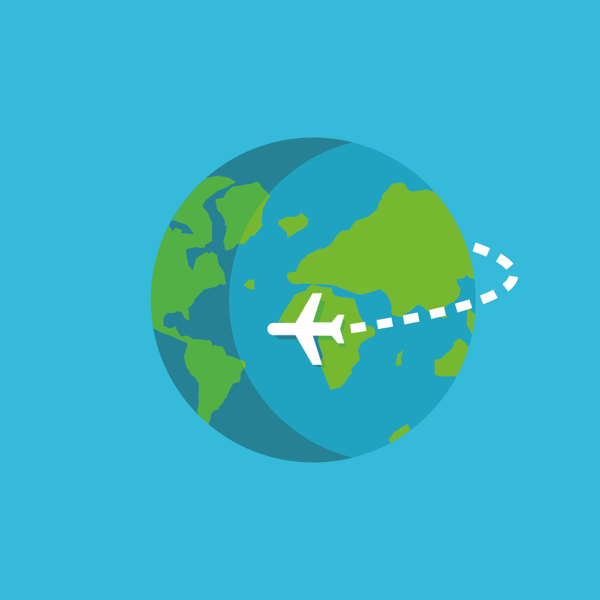 What a year it has been…

Whilst 2018 has brought many highs for the UK; World Cup Fever, record-breaking heat waves and Royal Weddings, there has also been many events which history won’t look back so fondly on, such as timetable disruptions on the railways and of course the ongoing political turmoil and uncertainty for businesses caused by the UK’s imminent departure from the European Union.

Despite these ups and downs, life (and business) goes on, and 2018 looks set to be another record-breaking year for the number of people travelling abroad to conduct business.

Below (in no particular order), we list our top 10 Business Destinations for 2018:

Despite the threat of Brexit looming large, London is still and will most probably always be one of the biggest business destinations in the world. As well as being the financial capital of Europe with hubs in both ‘the city’ and Canary Wharf, London is known across the globe for its entrepreneurial Spirit, deep history and technological innovations.

If you are travelling to London on business, be sure to check out our Business Travellers Guide to London

Despite being the world’s most expensive business destination, the "city that never sleeps" is still up there as one of the must-have office locations for businesses. As well as being home to America’s most powerful financial institution, media corporations and communications agencies, New York has recently seen a surge in its tech scene, with a reported $11.5 billion in venture capital raised by New York start up’s in 2017.

Alongside London and New York, Hong Kong is seen one of the top places do conduct business due to its strategic location, attractive tax regime and ‘pro-business attitude’. It also enjoys the reputation for being one of the least corrupt places in the world, meaning businesses feel safe and secure setting up offices here.

The densely populated, high altitude capital of Mexico is a magnet for business travellers due to its vibrant economy and sociable way of doing business. As well as being known for a vast amount of conference and event spaces, in recent years Mexico City has seen the opening of new co-working spaces and so is fast becoming an attractive proposition for US start-ups.

The capital of Scotland and one of the leading business cities in Europe, Edinburgh is a bustling and vibrant city steeped in history and occupied by many large corporations, as well as gaining a reputation for its fast growth start-up’s and leading science parks and research centres.

For those with some extra time on their hands when visiting Edinburgh, be sure to check out our Business Travellers Bleisure Guide to Edinburgh

The City by the Bay is home to the famous Silicon Valley, and with the likes of Facebook, Google and Apple being headquartered here, it’s no surprise this is one of the most visited business destinations on the planet.

The fourth largest city in North America, and with 50% of the population born outside Canada, Toronto has a reputation for being a welcoming, diverse global city.

The financial capital of Canada, Toronto is ideally located between New York City, Chicago and Montreal, as well as being within a 90-minute flight for over half the U.S. and Canadian population.

The capital of Ireland offers a mix of old and new, with long-standing investment banks sitting alongside fresh start-ups specialising in digital and tech development.

As well as already being a top destination for business, a recent poll of firms looking to leave the UK as a result of Brexit found Dublin is the most popular choice for relocation.

East meets West in the thriving capital of Turkey, which lies on both the continent of Europe and Asia. Increasingly becoming recognised for its economic outlook and business-friendly facilities, Istanbul is one of the world’s most diverse and thriving corporate destinations

Home to one of the largest Airports in Europe and boasting the best connections to other modes of transport than any other European Airport, it’s no wonder business travellers are flocking to do business in Frankfurt. Home to the headquarters of the European Central Bank, alongside Dublin, Frankfurt is set to become an even bigger business and finance destination following Brexit.

Which is your favourite destination from our list? Have you visited any in 2018? Leave your comments in the box below!