How do airlines differentiate themselves in Economy class?

Do you ever choose your airline based on the standard of their economy class product? Probably not… as it’s all about the most effective and efficient option.

There are, however, a few ways in which airlines can really make a difference when it comes differentiating themselves in this class and it’s fair to say that it is very difficult for airlines to do this in such a competitive market. After all, it is not easy to stand out with a product that is virtually the same across the industry.

With the low-cost carriers or any airline offering a short haul economy class product, there is virtually no margin to show a difference as a traveller’s main priority is price over anything else, as well is reliability and on time performance. There are, however, a few ‘full service’ legacy carriers who still offer a free on-board service which, subconsciously can go a long way for a traveller. After all, eating and drinking is something you look forward to most when flying, so even better when it’s free! This, however, is becoming more of a rarity because the overheads of airlines offering a free on-board service contradicts their ultimate objective – offering the most competitive fares possible. In addition to this, charging for food & drink on board is very lucrative business.

There is more scope to make a difference on long haul flights and it is very surprising how much an airlines long haul economy class product can vary, despite most offerings looking virtually identical. It is only once you dig a bit deeper, you see how much difference the little things make. So, I ask the question, what are the most enjoyable parts of flying long haul or, when sitting in the same seat for 12 hours, what do you look forward to most? My answer to this is both the on-board service (meals/drinks) and in-flight entertainment. I don’t include comfort as this should be a pre-requisite for every airline offering a long-haul service.

I recently travelled over to Osaka, Japan and used one of the most well-known European National Carriers. It was on this particular flight that I realised how much of a difference an airline can really make on a long flight when it is seemingly so difficult. There were two full meal services, two snack services and a ‘help yourself’ snack/drink bar throughout the flight. The quality of the food was excellent, and I lost count on the amount of drink services. The in-flight entertainment also contained a fantastic range of choice, which really can vary from airline to airline. I never thought I would say the words ‘that was the best economy flight I’ve taken’, but I did! Travellers are maybe used to having pretty low expectations when travelling in economy class, but this was a breath of fresh air and proves the point that it is actually very easy for airlines to go the extra mile for their customers in a market where it is so difficult to stand out.

More people are opting to choose economy for long haul travel as companies look to further control and economise their travel spend, so it is now more important than ever for airlines to do everything they can to differentiate themselves from the crowd.

The most important area of all is duty of care, traveller safety and well-being. Therefore, it is key that travellers and companies assess not just the cheapest, but best overall option including safety and quality for their travel requirements. 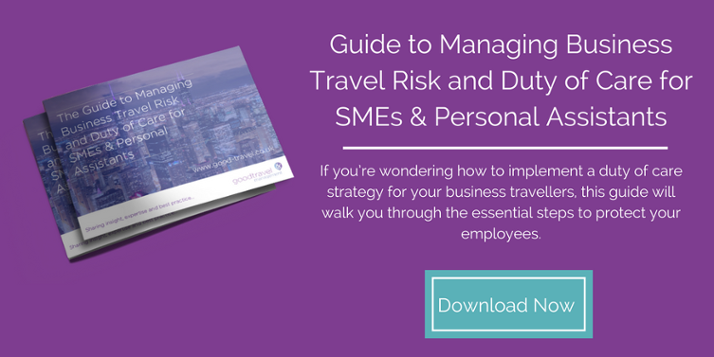 Fraser is one of our experienced Business Development Managers and loves nothing more than helping his clients obtain the latest solutions to help make business travel easier.
More by Fraser Jordan